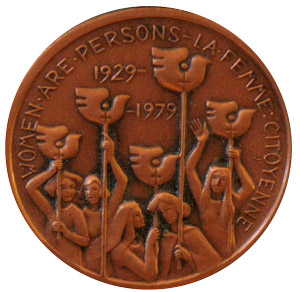 Edwards vs. Attorney General of Canada: the 'Persons Case'

Canadian women born before 1929 were considered by law to be "non-persons." Five governments stated that women were ineligible to be appointed to the Senate because they were not "persons." British Common Law stated they were "persons in the matter of pains and penalties, but not in the matter of rights and privileges.

A group of Alberta women known as the Famous 5 worked together to try to improve conditions for women and change the interpretation of the Canadian Constitution to ensure women could participate in all aspects of public life.

Women were granted the right to vote in most Canadian provinces, but they were not legally recognized as "persons."

The "Persons Case" came to the Supreme Court of Canada in March 1928. The question, the five Alberta women asked was:

"Does the word 'persons' in Section 24 of the British North America Act 1867 include female persons?"

Six weeks later, on April 24, 1928, the Supreme Court of Canada answered no, women were not yet to be recognized as persons by law. Chief Justice Anglin said that, since persons required for public office must be fit and qualified, only men would be eligible for appointment. 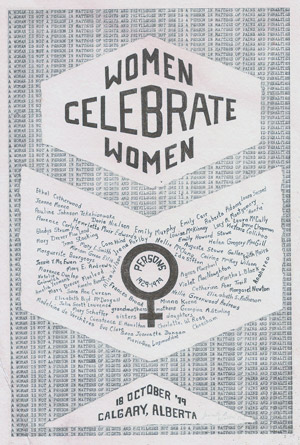 When the Supreme Court of Canada rejected Edwards vs. Attorney General, the women decided to go to Canada's highest court of appeal, the Judicial Committee of the Privy Council of England.

On October 18, 1929, Lord Sankey, Lord Chancellor of the five male member Privy Council, announced that "yes, women are persons . . . and eligible to be summoned and may become Members of the Senate of Canada."

Henrietta's 1930 Law Report presented her judgment on this legal victory.

"The rejoicing all through Canada, was not so much that it opened the door of the Canadian Senate to women, as it was that it recognized the personal entity of women, her separate individuality as a person." She proudly reported that Alberta had also recognized this by passing "its Act respecting the Removal of Sex disqualification."

Credit should go, she argued, "first to the National Council of Women, second to Federal Government, third to a committee of five Alberta women who were the harvesters to go forth to reap where others had sown."


The words on the October 19, 1979 'Women Celebrate Women' dinner program read:
A woman is not a person in matters of rights and privileges, but she is a person in matters of pains and penalties.
Judy Bowcott & Ken Herlinveaux
Peace River Alberta Canada
Call: 780.332.1086
CONTENT COPYRIGHT: All Rights Reserved ©
All historical photographic images & other images on this site are the property of Wineglass Ranch.
All artwork images are the sole property of Jessica Herlinveaux.